Did Jesus Ever Really Exist? 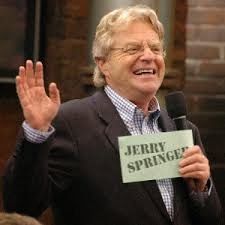 I used to be of the opinion that for really far-out whacky stuff, you couldn’t beat Jerry Springer.  You all know Jerry Springer—he was the showman who began a talk show in 1991 which within a few years became something of voyeuristic freak-show, featuring topics like “Teenage Girls who Marry their Grandfathers”, a kind of real-life version of the Muppets’ song “I Am My Own Grandpa”.   It has spawned a host of other talk-shows, all of which feature the same sort of sensationalistic format.   For the longest time I thought that Jerry couldn’t be beat for the unbelievably way-out. 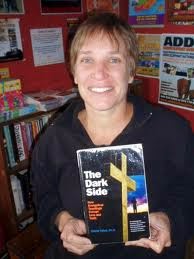 Turns out that we have a new winner:  Salon.com has published an article entitled, “5 reasons to suspect that Jesus never existed”, by Valerie Tarico.   None of the stuff is the least bit new; there have always been the theological equivalent of Flat-earthers or of people who claim to have been probed by big-eyed aliens aboard the mother-ship.   But since the internet gives a platform to such people, some kind of response must be offered, lest the credulous among the internet community imagine that the Church has been struck terrified and mute by the 5 reasons offered by Ms. Tarico.  Her 5 reasons to suspect that Jesus never existed may be examined one at a time.

Reason 1: “No first century secular evidence whatsoever exists to support the actuality of Yeshua ben Yosef” (i.e. “Jesus son of Joseph”; it sounds more scholarly in the Hebrew).  That is, as the article goes on to say, “there is no mention of Jesus at all by any of his pagan contemporaries”, and “there are no birth records, no trial transcripts, no death certificates”.
This is an astonishing thing to say, and reveals an immense ignorance of how history actually works.  For example, there are no birth records, trial transcripts, or death certificate for Saul of Tarsus either (i.e. for St. Paul), but no one seriously doubts that he was born, tried by the Romans, and martyred in Rome in the sixth decade of the first century.  And since Jesus was born, lived, and died in a little backwater of the Roman Empire known as Palestine, there is no reason to imagine that any pagan historian would take notice of Him until the movement He founded grew big enough to become a problem.
But actually, one of Jesus’ contemporaries did mention Him—not a pagan contemporary, but a Jewish one.  As any first year college student of the period knows, Josephus (born about 37 A.D.) mentions Jesus in his work Antiquities of the Jews.   The bit mentioning Jesus has been reworked by the Christians, but most scholars say that the original text read as follows:

“At this time there appeared Jesus, a wise man.  For he was a doer of startling deeds, a teacher of people who receive the truth with pleasure.  And he gained a following both among many Jews and among many of Greek origin.  And when Pilate, because of an accusation made by the leading men among us, condemned him to the cross, those who had loved him previously did not cease to do so.  And up until this very day the tribe of Christians (named after him) has not died out.”
Josephus lived and died a Jew, and was a Christian.  There is not the slightest reason to suspect his reporting at this point, which accords well with the New Testament records written independently about the same time.  Josephus' history indeed constitutes "first century secular evidence" supporting "the actuality" of Jesus.

Reason 2:  “The earliest New Testament writers seem ignorant of the details of Jesus’ life, which become more crystalized in later texts.”  That is, as the article goes on to state, “Paul seems unaware of any virgin birth, for example…What’s more, he never calls the twelve apostles Jesus’ disciples; in fact, he never says Jesus HAD disciples.”  Once again this reveals a fundamental ignorance of the epistles of the New Testament and their nature.  Paul was not writing a systematic theology, nor penning a commentary on the stories of Jesus.  He was writing on the run to communities which had problems, trying his best to solve those problems from a distance.  He had no reason to mention the Virgin Birth or the miracles of Jesus or His parables, or anything else unless it was directly relevant to the problems he was trying to solve.  It is a tremendous non sequitur to jump from “Paul didn’t mention the Virgin Birth” to the conclusion, “And so obviously he had never heard of it”.
And in fact Paul did refer to the Twelve apostles/ disciples of Jesus.  Take for example his words in Galatians 1:18-19:  “Then after three years I went up to Jerusalem to visit Cephas [i.e. Peter] and remained with him fifteen days.  But I saw none of the other apostles except James the Lord’s brother.”  Or take for another example his words in 1 Corinthians 15:3-7:  “For what I received I delivered to you as of first importance: that Christ died for our sins according to the Scriptures, that He was buried, that He was raised on the third day according to the Scriptures, and that he appeared to Cephas, and then to the Twelve.  After that, He appeared to more than five hundred of the brethren at the same time, most of whom are still living, though some have fallen asleep. Then he appeared to James, then to all the apostles”.   One could multiply examples, but these should be sufficient.  Obviously Paul spoke of the twelve apostles and knew that “Jesus had disciples”.  He wrote that he made met them and spent time with them.  He was not ignorant of the details of Jesus’ life.  It is Ms. Tarico who is ignorant of the details of Paul’s writings.

Reason 3:  “Even the New Testament stories don’t claim to be first-hand accounts.”  According to Ms. Tarico, “Even the Gospel stories don’t actually say, ‘I was there’.”  Well, actually, they do.  John in particular is emphatic that he was there and wrote as an eye-witness.  He mentions the day on which certain events occurred, and even the hour of the day.  Consider John 4:6: “Jacob’s well was there, and so Jesus wearied as He was with His journey, sat down beside the well.  It was about the sixth hour”.  Or see John 19:13-14:  “When Pilate heard these words, he brought Jesus out and sat down on the judgment seat at a place called the Pavement.  Now it was the day of the Preparation of the Passover; it was about the sixth hour”.   John thus writes with the keen eye of an eyewitness, recording even such small details as day and hour, just like one would in a court-room.  And he expressly claims to have been with Jesus as He hung on the cross and died—see John 19:34-35:  “One of the soldiers pierced His side with a spear and at once there came out blood and water.  He who saw it has borne witness, and his testimony is true, and he knows that he tells the truth.”  John claims to be the one who leaned on Jesus’ breast at the Last Supper:  “This is the disciple who is bearing witness to these things, and who has written these things, and we know that his testimony is true” (John 21:24).
One could go on, and give the ancient tradition recorded in Eusebius’ Church History that Mark wrote his gospel based on the reminiscences of Peter in Rome, but why bother?  If one can’t read the New Testament, there is little point in reading Eusebius.

Reason 4: “The gospels, our only accounts of a historical Jesus, contradict each other.”  It is difficult to know how to respond to this one.  Christians have long been aware that minor details of same Gospel story differ somewhat from evangelist to evangelist, and they have been doing the work of harmonization from the time of St. Augustine or earlier.  This is only to be expected.  If four different people saw the same car accident, it is to be expected, if they were honest witnesses who had not got together to concoct the whole thing, that their stories would differ a bit in minor details.  One witness might say that the driver of Car A wore a red shirt and another witness might say it was more brown in colour or that it was the driver of Car B who wore the red shirt.  But these differences in minor details would not prove that the accident never in fact occurred.  The differences would prove the opposite—that the accident had in fact occurred.   If the witnesses were liars who were making the whole thing up, they would at least have taken care to get their stories straight.  I am at a loss to understand how the minor differences in the Gospel reports of Jesus’ life suggest that in fact His life never happened.

Reason 5: “Modern scholars who claim to have uncovered the real historical Jesus depict wildly different persons.”  This is true.  Ms. Tarico correctly states that the various “modern scholars” have portrayed Jesus as a cynic philosopher, a charismatic Hasid, a liberal Pharisee, a conservative Rabbi, a Zealot revolutionary, and a nonviolent pacifist.  She might also add to the list, “a non-existent person”.  She correctly concludes that Jesus “cannot very well have been all of [these things] at the same time”.  Indeed.  No one suggests that He was.  Each of the “modern scholars” (she uses the term generously) have created their own version of Jesus by taking the Gospel stories and suppressing in them the bits they don’t like.  It’s easy enough to do, and can be done with any historical figure.  But once again this does nothing to discredit the existence of Jesus.  It only discredits the modern scholars.

Ms. Tarico sums up her piece by suggesting that “Jesus appears to be an effect, not a cause, of Christianity”, and that “We may never know for certain what put Christian history in motion.”  It is worth while pausing to pursue this question.  The apostles who proclaimed not only the existence of Jesus of Nazareth but also His divinity, went all over their world with this proclamation, and most of them paid for it with their lives.  Why would they do this?  What did they have to gain?  Ms. Tarico confesses that she has no clue.  All she can say is “Only time will tell”.  Indeed it will.  Eventually time will give place to eternity and all of us will stand before the dread judgment seat of Christ.  All the more reason to pursue such questions more vigorously now while we still have time.