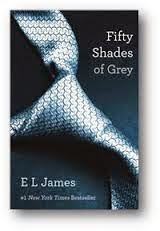 Predicting future trends is a risky business for anyone who doesn’t possess a good crystal ball.  Nonetheless, on the basis of past experience and history we may confidently declare that trends and changes which one generation grudgingly allow the next will enthusiastically embrace, especially if these changes involve a downward moral spiral.
Take for example homosexuality.  When I was a child homosexual practice was still illegal in my native Canada.  Not that I can recall anyone ever being prosecuted for it, but the law did exist as a kind of line drawn in the cultural sand, delineating the moral from the immoral.  Then a Prime Minister, pushing Canada in a more secular direction, declared that the government had no place in the bedrooms of the nation (great sound bite, eh?), and removed it from the criminal code (the sweeping bill also decriminalized abortion).  No one at the time much noticed or cared about the decriminalization of homosexuality, since few or none had actually been prosecuted under the law to anyone’s knowledge.  The law’s abrogation was met with no great celebration, but simply with a shrug.  The change of law didn’t seem to change the cultural boundaries, as most people thought that homosexuality was—well, weird.  Not criminal, of course, just—weird.  That was 1969.
As is well known, the next generation enthusiastically embraced, celebrated, and made normative the earlier cultural shift.  The older line in the cultural sand has now not only been permanently erased, but dramatically redrawn someplace else.  Now it is rapidly becoming a criminal offense to publically denounce homosexuality.  It is certainly politically suicidal to denounce it, and people now regard the mindset of the previous generation as—well, weird.  It is as if the older view of sexual normalcy was not held recently in 1960, but centuries ago in 1260.  It is hard to even imagine that such views predominated less than fifty years ago.  But the shift does illustrate the principle that trends and changes which one generation grudgingly allow the next will enthusiastically embrace.
The question then is:  what change will the next generation embrace?  What is next on the downward moral spiral of our increasingly secularized society?  Which practice is now regarded by many people as morally iffy, which will be regarded as obviously morally legitimate by our grandchildren’s generation?  Sadly I do not possess a crystal ball myself, but if I may be allowed to play the fool for a moment, I will hazard a guess.  It is BDSM as celebrated in the best-selling series of novels Fifty Shades of Grey.  In the interest of honesty and full disclosure, I will confess that I have not actually read the Fifty Shades of Grey trilogy, and that nothing could induce me to do so.  I have not actually read Mein Kampf either, but I more or less get the main idea without reading the volumes through.  Facebook and Google turn out to be good for something.
Reviews of the trilogy are not encouraging.  The author Sir Salman Rushdie for example said of the work, “I’ve never read anything so badly written that got published.  It made Twilight look like War and Peace.”  One imagines that its popularity then has little to do with its literary merits.  But it is popular nonetheless.  A movie based on the books is set to be released by Universal Pictures in 2015.  An Australian game company has created a board game based on it, as well as packs of cards.  (Really, you can’t make this stuff up.)
It is to be hoped that all this will prove to be simply a passing fad, but there are signs that it may not pass as quickly as we would like.  In the television series Forever, starring Ioan Gruffudd and Judd Hirsch, a dominatrix was presented as a sympathetic and compassionate care-giver, one worthy of respect.  Hmm.  In the wake of the trilogy’s success a documentary was made investigating the BDSM phenomenon, and to some degree legitimizing it.  There is a possibility that what we now tolerate with dubious raised eye-brows may be enthusiastically embraced by the next generation.
Where does all this leave us Orthodox?  It leaves us more or less where we have always been:  at odds with the world.  Christians in the early church knew that the disciples of Jesus inhabited in a different moral universe than their pagan neighbours did, and they strove to live counter-culturally.  That was why there were so many exorcisms in the pre-baptismal preparations, and why the candidates renounced the devil and all his works when they were baptized.  A large part of that devilish and secular culture then involved idolatry; a large part of our own day’s secular culture involves sexual deviance.  That does not mean that we should hate our gay neighbours any more than the ancient Christians hated their pagan ones.  But it does mean that we must identify clearly the parts of our secular culture which are incompatible with our faith and conduct ourselves accordingly.  It is no good going on as some liberal Orthodox do about how complicated these issues are, and the need to build bridges, and have dialogue.  The Fathers could have said the same thing about pagan idolatry in the early church, but they did not.  They did not deal with sin by building bridges, but by burning them.  They did not dialogue with idolatry as if it had spiritual merit; they renounced the devil and all his works.  If we would belong to the same Church as them, we need to do the same today, regardless of where the world’s downward spiral takes us.