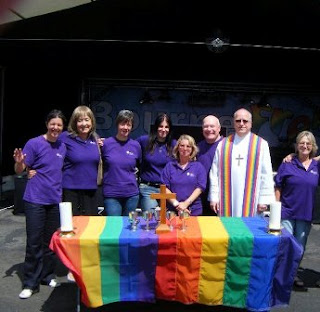 
What has changed in the few years since 1983?  Just this:  the cultural tide is now flowing in favour of those promoting the legitimacy of homosexual practice in a way that it wasn’t just three short decades ago.  Do the Metropolitan Community Churches proclaim “another Jesus”?   In 1983 we thought so, and said so clearly and emphatically.  The question now is whether or not we will retain the courage to say so when the majority of secular society is ready to shout us down for saying it.
Posted by Fr. Lawrence at 4:46 PM