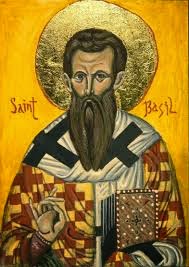 St. Basil lived and worked in the fourth century, when the Church was just starting to work hand in glove with the Roman state.  The new relationship took some getting used to:  before this the Christians tried to avoid the State and its police whenever they could, since the coming of the Roman police (i.e. soldiers) was often a prelude to Christian martyrdom.  Now the Roman State was everywhere inclined to favour the Christians, and even fund their endeavours.  Like I said, it took some getting used to.  But many career-minded Christians got used to it soon enough, and began working enthusiastically with the State, taking abundant care not to rock the new boat.  Basil of Caesarea, however, was not among them.  He never minded rocking the boat if he thought the boat needed rocking.  And during the Arian interlude in the fourth century, it needed plenty of rocking.

One day, for example, as the new Bishop of Caesarea, Basil strove against the popular and State-sponsored Arian heresy.   In his exchange of words with the Emperor’s prefect, Modestus, Basil spoke so boldly and bluntly that it left the prefect stammering in astonishment.  The prefect had summoned Basil to a tribunal, and insisted that Basil fall in line with the rest of the more pliant bishops and accept the Imperial interpretation of the faith (i.e. Arianism).
“Everyone else has yielded, and you alone refuse to accept the religion commanded by the King!”
“It is not the will of my King,” replied Basil, “I cannot worship anything that has been created, since I myself am created by God.”
The prefect examining Basil was incensed.  “What do you think of us?” he roared.  “Are we nothing?”
“You are a prefect, but I shall not honour you more than I do God.”
“Do you know what I can do to you?  Don’t you fear my power?” asked Modestus.  “There are many things I can do to you!”
“Name them.”
“I can confiscate your possessions, banish you, torture you, put you to death!”
“Is that all?  None of these things trouble me!  You cannot confiscate my possessions, for I have none.  Banishment, exile—what are these to me?  Everywhere on God’s earth I am at home.  Torture cannot touch me, for I have no longer a body to torture.  As for death, it is welcome to me, for it will bring me sooner into His blessed Presence.”
The prefect was taken aback.  “No one has ever addressed me in such a manner until now.”
“No doubt.” Basil replied. “Probably you have never met a proper bishop until now.”
Basil lived in his whole life with that same indomitable courage.  When he was first elected bishop of Caesarea, he was ill and living on his nerves alone.  At the time of the election, his detractors said that he should not be chosen as their bishop, since he was so weak and his health so precarious.  His friend and supporter asked in return whether they wanted a bishop or a gladiator.  As it turned out, they got both.
But Basil was not a mere controversialist, a mere fighter.  He was also a scholar, an ascetic, a director of monastics, and the creator of a charitable estate, encompassing a hospice for travellers, a church, and a hospital, all with complete staff.  He was also a man of self-sacrifice and compassion, and he worked at his facility feeding the poor with his own hands.  “If you are reduced to your last loaf of bread and a beggar appears at your door, then take that loaf and lift our hands to heaven and say, ‘Lord, I have but this one loaf; hungers lies in wait for me, but I revere our commandments more than all other things.’  If you say this, then the bread you gave in that hour poverty will be changed for an abundant harvest.” Basil knew how to love the poor.  He was a proper bishop.
Now more than ever we need proper bishops.  The threat of Arianism is long gone, but the deadly threat of worldliness and moral compromise with the secular age remains.  St. Basil also remains, not just as our intercessor in heaven, but as an abiding example for us who still labour on earth.   Now is the time for plain speaking and courageous confrontation.  Now is the time to unite compassion for the poor and ascetic holiness and daring defiance of the world’s standards in one potent and powerful package.  Now is the time for St. Basil the Great. 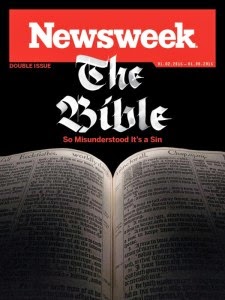 St. Stephen: the Death of a Revolutionary 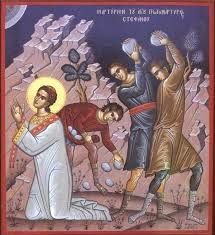 St. Stephen is usually hailed as the first Christian martyr, but he is more than that.  His death was also a boundary, and the blood which flowed from his body as the stones hit him became a river, one which separated the faith of the Christians from the religion of Judaism. For unlike the martyrs which followed him, Stephen was not killed by the pagan Romans, executed under a law which forbade Christians to exist.  He was lynched and killed by his co-religionists, his brother Jews.  What was it about Stephen and his words that inflamed them to the point where they could no longer allow him to live?
In their minds and in the testimony of the witnesses against Stephen at his trial, Stephen “never ceases to speak words against this holy place [i.e. the Temple] and the Law, for we have heard him say that this Jesus of Nazareth will destroy this place and will change the customs which Moses delivered to us” (Acts 6:13-14).
Despite the garbled form of the testimony, there was a kernel of truth in what these witnesses said.  For although Jesus never spoke against the Temple or the Law, He did clearly regard them differently than did His Jewish adversaries, and this was the main message of Stephen.  For Judaism, nationhood and Temple and Law were paramount, and Jews could not do without any of them.  The Messiah was thus subordinate to the Temple and the Law; his Messianic task was to undergird them and support them.  Stephen’s point (as was apparent from his defense in Acts 7) was that the Temple was never paramount in the history of God’s people.  From the days of Abraham onward, they were to be a pilgrim people, a people on the move—hence the portable tent shrine established under Moses.  Israel did not have the Temple after Moses.  It did not even have a temple during David’s reign.  That immense and immovable structure only came with Solomon.
The movability of the original tent shrine revealed God’s intention that His people be ever moving and ever open to new truth—such as the new truth in Jesus.  In Jesus God was revealing a new phase of Israel’s pilgrimage through history, a phase in which Temple and Law and City were no longer needed.  In Jesus these old realities had been radically relativized and made subordinate to Him.  Jesus did not say that He would destroy the Temple, but He did act in such a way that the Temple was not necessary:  when He spoke to the Samaritan woman, for example, He said that neither on her Mount Gerizim nor at the Temple in Jerusalem would men worship the Father (Jn. 4:21f).  Times were changing, and the Father would now be worshipped in the Spirit and in the truth (i.e. the truth of the Gospel).  Men would still enter the Temple to offer sacrifice (compare the practice of the apostles in Acts 21:23f), but these sacrifices were now of more cultural significance than covenantal.  The definitive Temple, the locus of sacrifice and praise and salvation, was Jesus.  Judaism as a religion had been transcended, and was to give place to Christianity.  Messiah in this new understanding was not subordinate to Judaism with its Law and Temple; rather they were subordinate to Him.
This understanding struck at the heart of all that the Jewish adversaries of Stephen valued.  For them, faith in God was unthinkable without Law and Temple as ultimate realities.  The Jewish state and its capital at Jerusalem existed to protect the Temple and keep it secure.  Stephen’s words therefore threatened their whole world.  For them, Stephen was subversive, a dangerous revolutionary whose words were making new converts all the time for the Jesus Revolution centered around the apostles.  Those apostles appeared to be too popular to touch (Acts 5:13), but Stephen was another matter.
Those who lynched and stoned Stephen to death that day began to learn the truth that (as one Christian writer, Tertullian, would later say) the blood of the martyrs is seed for the Church.  Far from hindering or stopping the Christian movement, Stephen’s death furthered its progress.  For on the day of his death “a great persecution arose against the church in Jerusalem and they were all scattered”—not just throughout Judea and Samaria, but ultimately to the ends of the earth (Acts 8:1, 1:8). Stephen died a revolutionary for the Jesus revolution, shedding his blood for the truth that Christianity was not just another Jewish sect.  Rather, the Christian Faith was a fountain, a living fountain gushing living water, giving life not just for the Jews in their Temple, but for all the children of men throughout the wide world.

Charlie Brown and the Lonely Walk of Faith 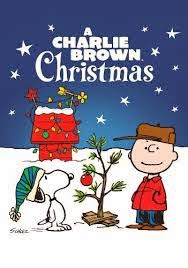