"Congratulations: It's a Baby Girl…Maybe"

The Passing of Father Tom 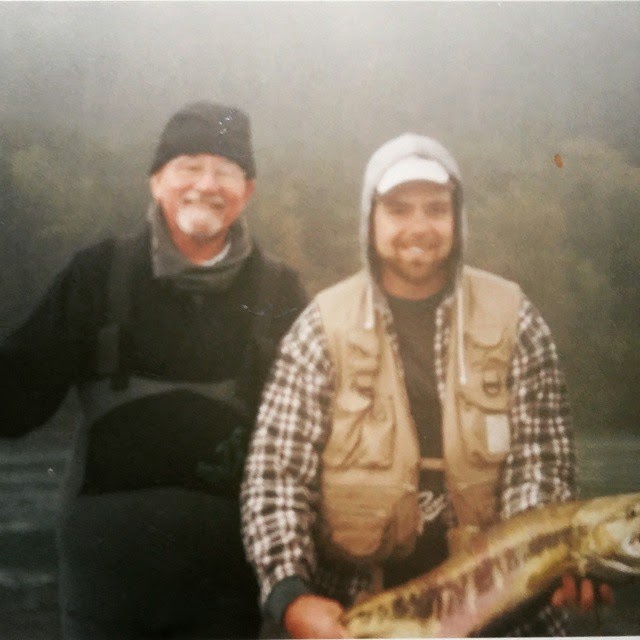 Today I joined the sad multitude of those mourning the passing of the Protopresbyter Thomas Hopko, theologian, writer, Dean Emeritus of St. Vladimir’s Orthodox Seminary, known to the many who loved him simply as “Father Tom”.   Tributes will come pouring in soon enough, describing him in loving detail and outlining his many works and his lasting legacy.  He takes his honoured place beside his illustrious predecessors at St. Vladimir’s Seminary, Frs. Alexander Schmemann and John Meyendorff.   With no intended disrespect to the deans who both preceded these men and came after them, when I think of those three I can only mutter in a kind of grateful awe the words of Genesis:  “There were giants in the land in those days”.  Many people knew Father Tom better than I did (alas, I never went to St. Vlad’s; though our parish did have him as a speaker one year, and some of our men took him on a fishing trip; see photo).  Accordingly I willingly leave to other hands the happy duty of describing his excellence.  Here I will only offer a few reflections of what Father Tom’s life tells us.  If we could reduce the years of that inspired preacher to a sermon, it might tell us three things.
First, Christians must be courageous.  It is always tempting to temper the truth, to look full into the faces of those who disapprove of our Gospel and to falter, speaking only the words which our hearers will like.  It is always tempting to tailor our Gospel for the times and to proclaim only those parts of the Faith which are currently fashionable.  Father Tom taught us to have none of that.  He taught us to speak the truth in season and out of season.  Like St. Paul, he did not shrink from declaring anything that was profitable, but declared the whole counsel of God (Acts 20:20, 27).  Not surprisingly one of his many books was entitled, Speaking the Truth in Love.  The days to come will be at least as challenging for Christians as the days past.   Father Tom teaches us to have courage and to speak the truth in difficult times.
Secondly, Christians must use their minds.  It is of course no sin to be simple (the Church canonized Paul the Simple, the disciple of St. Anthony), but if we have good minds, we must use them in our service of the Gospel.  As controversies rage, it is easy to take sides and to simply react thoughtlessly, over-simplifying complex issues and scoring cheap debating points.  When we feel strongly about an issue our heated blood bids us speak (sometimes loudly), without first listening to the other side and weighing the arguments and counter-arguments.  Fr. Tom teaches us to listen, and reflect, and to speak in measured sentences.  He taught us that it is possible to combine fervent intensity with balanced nuance.  Just the other day I heard of a priest who gave Fr. Tom’s book Christian Faith and Same-sex Attraction to a gay man who was investigating the Orthodox Faith.  The man said that it was the first time he read an irenic and balanced book on the subject, one which didn’t make him feel judged.  Father Tom was able to navigate with nuance, and pick a safe way even through such a minefield.  Father Tom knew how to use his mind.
Finally, Christians must make the Lord Jesus Christ their message.  It is easy in a church with such a rich historical heritage as the Orthodox Church to focus on other things, and to make icons our message. Or the Apostolic Tradition.  Or fasting, or the calendar, or the Typikon.  In short, it is easy make Orthodoxy our message, and so to inadvertently preach ourselves.  Father Tom knew that we preach not ourselves, but Jesus Christ as Lord, with ourselves simply as your servants for Jesus’ sake (2 Corinthians 4:5).  His focus was ever on Jesus Christ, and Him crucified.  And those looking at Father Tom saw someone who was a servant, for Jesus’ sake.
Sadly, the servant has gone, and we all are the poorer for his passing.  But as Father Tom would instantly and emphatically remind us, Jesus Christ remains.  As we feed upon Father Tom’s large and lasting legacy and rely upon his heavenly intercession, let us learn from the sermon that was his life.  The time to join him in the Kingdom will come to each of us soon enough.  Until then, let us follow in his footsteps, and live for the Lord.

Heaven and Hell in the Scriptures 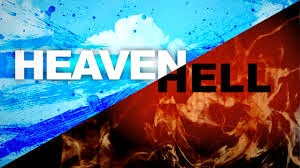