The Western War against Men and the Sinking of the Titanic 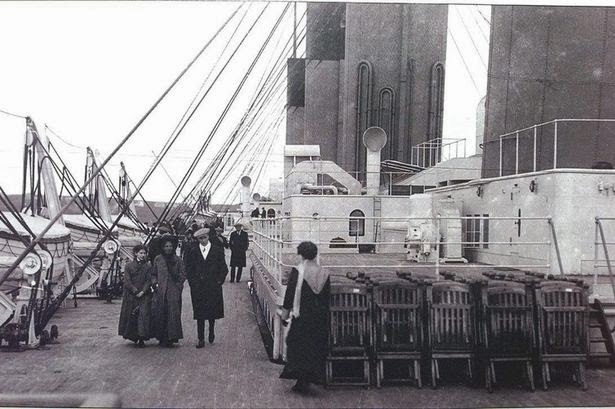 One of the current social realities is the war against men—or in you prefer, the war against masculinity as traditionally defined.  Confirmation of this comes from an unusual source—from Camille Paglia.  In an opinion piece in the Wall Street Journal, associate editorial features editor Ms. Weiss writes about Paglia in an article entitled, “Camille Paglia:  A Feminist Defense of Masculine Virtues”.   She relates that Paglia has noted with alarm certain features of western society, such as “society’s attempts to paper over the biological distinction between men and women” which she connects with “the collapse of Western civilization”.  For Paglia, the cultural attempt to refashion society and eliminate traditional masculinity begins early.  In the educational system, for example, “They’re making a toxic environment for boys. Primary education does everything in its power to turn boys into neuters.”  Paglia sees the concentration on “female values”—such as sensitivity, socialization and cooperation—as the main aim of teachers and of society.
For those not familiar with Paglia’s work, she is no mere mouthpiece for the Christian right.  She is a lesbian, and a self-described “notorious Amazon feminist”.  Her criticisms of the feminist movement come from her long involvement in that movement.  But she wants feminism to be “open to stay-at-home moms and not just the career woman” and suggests that to be taken seriously feminism must take on matters like rape in India and honour killings in the Muslim world, which she describes as “more of an outrage than some woman going on a date on the Brown University campus.”
I’m with Camille.  I agree that western society is bent on turning men into neuters.  All mysticism has been stripped from gender, which is now reduced to simple anatomical differences, and even these are no longer definitive.  No roles are more suited to men than to women, as no roles are more suited to women than to men—at least that’s the party line.  Anciently (i.e. before the late 1960s) all gender had a mystical aspect.  Men had a life and secrets of their own that they would not share with the women, and women had lives and secrets not for sharing with the men.  Certain mystical (and therefore culturally arbitrary) rituals ruled interactions between the genders:  a man, for example, would hold a door open for a woman, and would remove his hat in her presence, or stand up when she approached (as he would remove his hat and rise for his sovereign).  Any man worth his masculine salt would instantly come to the aid of any woman in distress, even at the possible cost of his own life.  It was not a matter of bravery, but of simple masculinity.  That’s what it meant to be a man.
Such mystical behaviour can become very practical, as it did one day in 1912.