The Repentance of the Prodigal 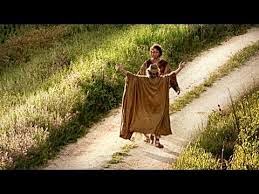 We’ve all had moments like that—the moment where you wake up with a start and realize you’ve been a complete moron.   The Prodigal Son had one such moment when he realized he was being idiotic and stupid, (or in the more elegant language of the parable, “ when he came to himself”).  He had left home for a far country in a fever of determination to break free from the old dull ways of domesticity and to taste all that the world had to offer.  After a whirlwind of parties and “loose living”, he found that all that the world had to offer him now was poverty, hunger, sickness, and degradation.  Yes, degradation:  he was so desperate for food that he took a job from a local farmer feeding his pigs.  For a Jew, there was not much further down to go.
Then he had his moment:  here he was working himself to death and still starving, while his father’s servants were not working as hard and eating quite well.  That was when he decided he would swallow what was left of his pride and go and humble himself before his father and ask for a job.  He even rehearsed his speech—he would kneel before the old man and say, “Father, I have sinned against heaven and before you; I am no longer worthy to be called your son; treat me as one of your hired servants.”  He might be refused a job or even run off the property (or worse yet, meet his elder brother), but it was worth a shot.  The alternative was starvation and death in a foreign land.
When he returned home, he found a surprise waiting for him.  When his father saw him approaching from a distance, “he ran and embraced him and kissed him” (Luke 15:20 RSV).  The original Greek and the original culture make the father’s response even more amazing.  The Greek doesn’t simply say he “embraced” him, but “fell on his neck”.  And it doesn’t say he “kissed” him (which would be phileo in the Greek), but the more intensive kataphileo—he kissed him repeatedly, covered him with kisses.  And don’t miss the significance of the fact that the father ran to him, for dignified adult men like this did not run—and certainly not run to their children.  But this father ran.
More than that, the father didn’t even let him finish his well-rehearsed speech.  The boy got as far as stammering out, “Father, I have sinned against heaven and before you; I am no longer worthy to be called your son”; he didn’t get to add the crucial bit about “treat me as one of your hired servants”.  Instead his father reinstated the boy utterly and completely, clothing him as befit his true son—with a fine robe, and shoes for his bare and blistered feet, and a ring of authority on his finger.
The repentance of the prodigal reveals the true nature of repentance.  Repentance is not simply feeling bad over having broken God’s rules or violated Kant’s Categorical Imperative.  It is a return to yourself and a return to your home.
It is a return to yourself and to sanity because sin is essentially stupid.  God offers us life and joy, a continuous stream of the divine Presence flowing into our lives if only we will constantly lift up our hearts to Him and seek His face, a flow which not even death can stop.  Sin bids us choose something else instead—devotion to lust, or ambition, or the thousand other alternatives to God we can manage to find—and we choose that, even though whatever fleeting pleasure we can take from it will cease with our death, if not long before we die.  How dumb is that?  Repentance means wisening up, and coming to our senses.
Repentance is also a return to our true home in our Father’s house.  We were created to be His children, with all the privilege that implies—being free from fear, free from death, free to walk through life trusting in Him to provide what we need and to lead us where we should go.  Why wander far from home when the wide world cannot offer us anything comparable?  Repentance means we return to the embrace of the Father, and to His humbling love, and to a house of feasting and music and joy.
Returning to sanity, and to the Father’s embrace—sounds like a plan.  Great Lent is coming, and it tells us we have been feeding the pigs long enough.  Let’s all go home.
Posted by Fr. Lawrence at 12:42 PM